'The Melton Breakfast*. To Rowland Errington Esq.re Master of the Quorn Hounds, this Engraving from the Original Picture in his possession, Is with permission most respectfully dedicated by his much obliged and Obedient Servants, Hodgson & Graves. Painted by F.Grant. Engraved by Cha.s G. Lewis. London Published 1839 by Hodgson & Graves, Her Majesty's Printsellers, 6 Pall Mall'.

*The famous painting of the Quorn Hunt of Melton Mowbray preparing for the day. Portraits of (left to right) Massey Stanley, the Earl of Wilton, the Count Matuchevitch, Lord Gardner, W.L.Gardner, W.L. Gilmour, T. Stevens, Sir Frederick Johnstone, Lord Rokeby, Lord Forester, Lord Kinnaird, Rowland Errington, Mr. Errington's servant. Sir Francis Grant was educated at Harrow, and intended to make his career in the legal profession; however his love of art and fox-hunting turned him aside to become a painter. His equestrian portraits and portraits of aristocrats led to royal patronage, including that of Queen Victoria. He became president of the R.A. 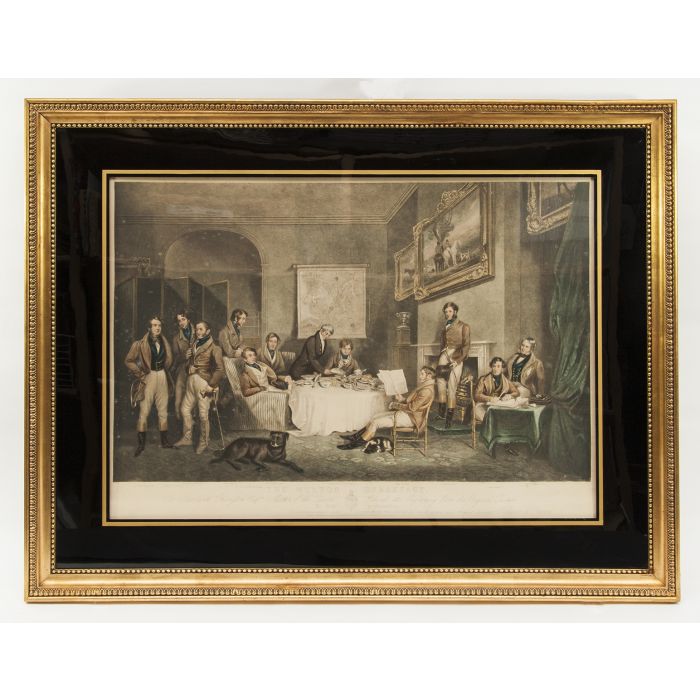