* Just Andersen (1884-1943) was one of Denmarks greatest designers. Born in Greenland, he moved to Denmark as a ten-year-old and studied five years at the Sorø Akademy, after witch he learned to become a decorative sculptor. He studied at several art schools in Copenhagen and was also educated in Germany and Italy. Thanks to his wife Alba, Just was introduced to the craftsman Morgens Ballin (1871-1914) for whom his wife worked for as a trained chaser. Just and Alba started to produce metal works together and founded the silversmith firm Just Andersen 1918. The firm transformed to an Incorporated Company 1929. Just Andersen produced silver and gold jewelry throughout his life and also designed jewelry for other firms such as A. Michelsen and P. Hertz, but is mostly appreciated for his articles made for everyday use of metals such as bronze, pewter and disko metal. Especially popular were his objects made of disko metal, Andersens own invention, witch is an alloy of lead and antimony. The name is taken from the Disko Bay in Greenland were he grew up. He also worked as a designer for the Swedish Company GAB between 1927 and 1943, creating ceveral masterpieces. Just Andersen became with his neoclassical and functional design very successful, was given several awards and participated in every World’s Fair since 1918. He had his own show rooms in New York, Los Angeles, London and Berlin. 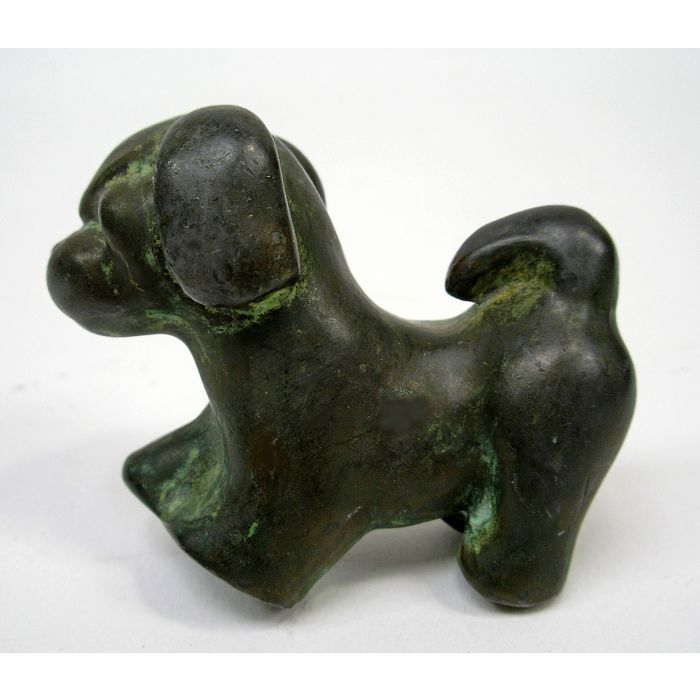