This medal was presented to various members of the Royal Engineers who were involved in the project, or were serving at the Balloon School at this time. In 1878, the War Office formed an establishment at Woolwich to develop military ballooning and during the wars in Sudan and Bechuanaland in 1884-5, balloons were used by the British Army for observation purposes. Following this, the Royal Engineers established a balloon school in Chatham, Kent in 1888. Two years later, the school was relocated to Aldershot when the Royal Engineers formed a permanent balloon section and depot. The semi rigid airship, 'Nulli Secundus' ( Second to none ), formally known as 'British Army Dirigible No. 1' was Britain's first military aircraft. Its initial design was carried out by Colonel James Templer (who formed the first British military ballooning establishment at Woolwich in 1878) and was completed by Colonel John Capper (head of the Royal Engineer's Balloon Factory) and the American Samuel Cody (the pioneer aviator who also designed the man-lifting kite and the the first aeroplane to fly in Britain - piloted by himself). The airship was built at the balloon factory in Farnborough and made its first test flight on 10th September 1907. Her first public outing was made on the 5th October when Capper and Cody flew her from Farnborough to London. After flying over the city, she circled St Paul's Cathedral and then attempted to return to Farnborough, but strong headwinds caused her to land a Crystal Palace. The flight covered 50 miles and lasted 3 hours, 25 minutes. 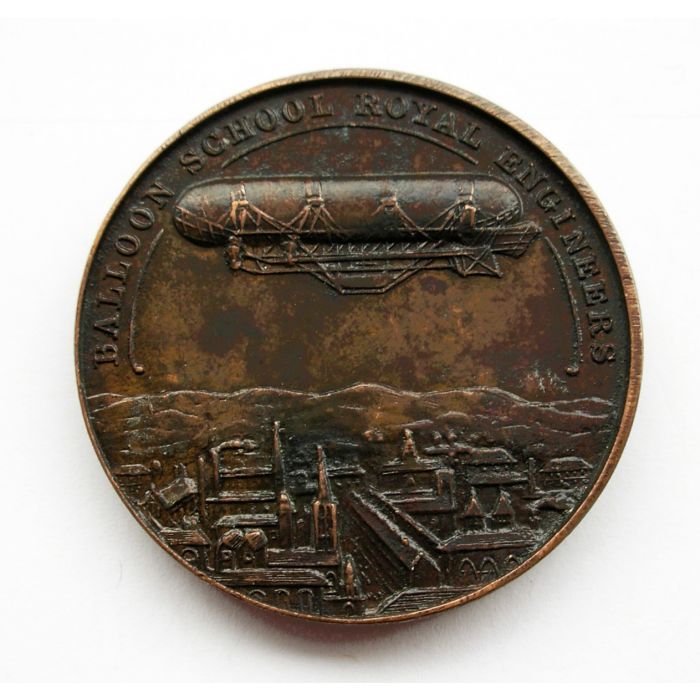