The Yser Medal (French: Médaille de l'Yser, Dutch: Medaille van de IJzer) was a Belgian World War I campaign medal established on 18 October 1918 to denote distinguished service during the 1914 Battle of the Yser where the Belgian Army stopped the German advance under General Erich von Falkenhayn, losing some 60,000 soldiers dead or wounded in the process, more than a third of the total complement of the Belgian Army at the time. The Yser Medal was awarded to the members of the Belgian Armed Forces who were part of the army fighting along the Yser river between 17 and 31 October 1914 that proved themselves worthy of the distinction. The medal could also be awarded to foreign nationals, members of allied military forces who took part in the Battle of the Yser. The medal could be awarded posthumously. 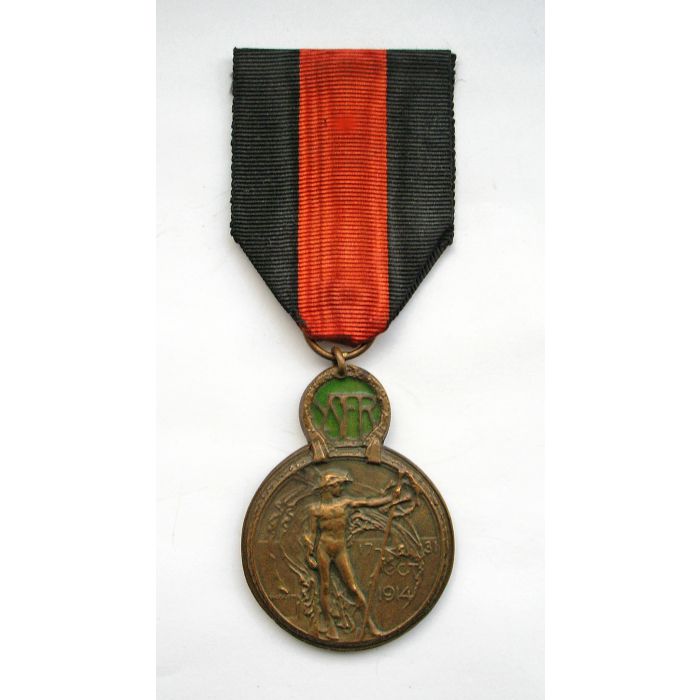