Carved alabaster bust of Friar Girolamo Savonarola, on marble base. The name 'Savanarola' is inscribed on the under side of the base. Typical of a Grand Tour souvenir to be purchased in Italy and brought back home.

*Girolamo Savonarola, Dominican friar and puritan fanatic, became moral dictator of the city of Florence when the Medici were temporarily driven out in 1494. Sent to Florence originally a dozen years before, he made a reputation for austerity and learning, and became prior of the convent of St Mark (where his rooms can still be seen). A visionary, prophet and formidably effective hellfire preacher, obsessed with human wickedness and convinced that the wrath of God was about to fall upon the earth, he detested practically every form of pleasure and relaxation. He was executed on May 23, 1498 because of his denunciation of the laxity and luxury of the Church and its leaders. 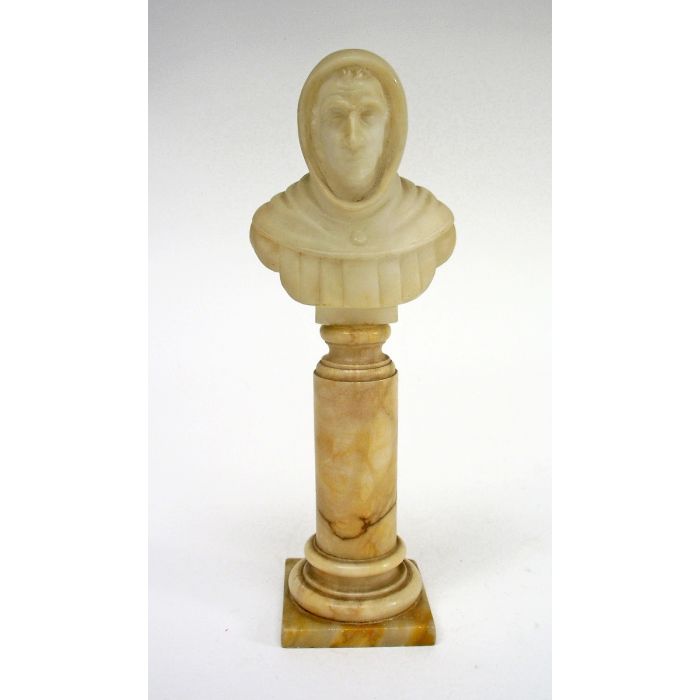